The five submissions for the I.W. Bailey Award 2017 for best manuscript submitted to and/or published in the IAWA Journal were judged by a panel of editors of the IAWA Journal composed of Pieter Baas, Veronica De Micco, Lloyd Donaldson, Elisabeth Robert, Uwe Schmitt, and Michael C. Wiemann. The award consisting of 1000 EUR sponsored by Brill Publishers and an IAWA certificate goes to Hiromi Shibui for her paper on “Structure and formation of phellem of Betula maximowicziana”, co-authored by Yuzou Sano (IAWA Journal 39 (2018) 18-36, published on internet in 2017). The judges praised this paper for its high quality and originality, and for the fact that it is technically very impressive, using light and electron microscopy of bark tissues that are notoriously difficult to study. The seasonality in phellogen activity was elegantly demonstrated.

A panel of 8 judges composed of Pieter Baas, Lloyd Donaldson, Frederic Lens, Imogen Poole, Ute Sass-Klaassen. Uwe Schmitt, Elisabeth Wheeler, and Michael Wiemann has evaluated 10 nominations for the I.W. Bailey Award 2016 – manuscripts or papers by early career wood anatomists submitted or published between September 2015 and September 2016. Because the field was so strong, and no Bailey award was given in 2015, the judges decided to select two papers and authors for the award: Carla Jane Harper for her manuscript with co-authors on “Fungal decay in Permian glossopteridalean stem and root wood from Antarctica”. Accepted for IAWA J.38 (1); and Shan Li (Ulm, Germany) for her paper with co-authors on “Intervessel Pit membrane thickness as a key determinant of embolism resistance in angiosperm xylem”. IAWA J. 37(2): 152-171. These authors will receive the sum of USD 1000 each – sponsored by Brill Publishers and a certificate.

Some comments by the Judges:

On the manuscript by Carla Jane Harper et al. :“this paper admirably illustrates how a piece of scientific research can be clearly conveyed to the wider audience with an appeal beyond that of the specialist. The paper documents fungal decay in Permian glossopterids but rather than just documenting the phenomenon it delves deeper into the subject and comes up with identifications and implications (anatomically and ecologically). Overall the paper is well written and clearly laid out. The results are logical and concise with clear figures and tables. The discussion is nicely set out and elaborates on the wider picture, which in turn clearly relates back to the initial aims”.

On the paper by Shan Li et al.: “This entry stands out for its scientific quality. The paper is well written and the quality of the figures is excellent. The investigation of pit membrane thickness expands on earlier work to include a wide range of different samples and a rich database of experimental data on cavitation resistance. The topic of air embolism and the role of pit membrane ultrastructure in its spreading in the sapwood is of wide interest. 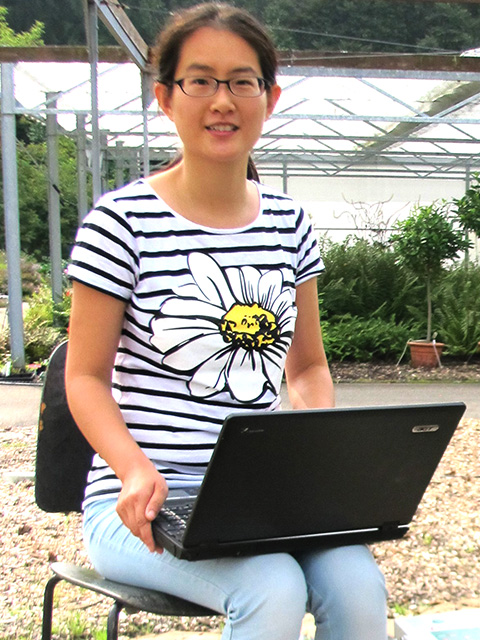 Three other papers attracted special praise from the award panel: Barbara Ghislain for “Diversity in the organization and lignification of tension wood fibre walls”, accepted for IAWA J 38(2); Nathan Jud for “Angiosperm wood from the upper Cretaceous (Conciacean) of British Colombia, Canada”, accepted for IAWA J. 38(1) Martina Lazarin for “Tracheid and pit anatomy vary in tandem in a tall Sequoiadendron giganteum tree”, published in IAWA J. 37: 172-185.

The Bailey Award 2014 for best paper submitted to the IAWA Journal by an early career wood researcher goes to Alexander Scholz from Ulm University, Germany, for his paper How drought and deciduousness shape xylem plasticity in three Costa Rican wood plant species co-authored by A. Stein, B. Choat & S. Jansen, and meanwhile published in IAWA J. 35 (4): 337–355. 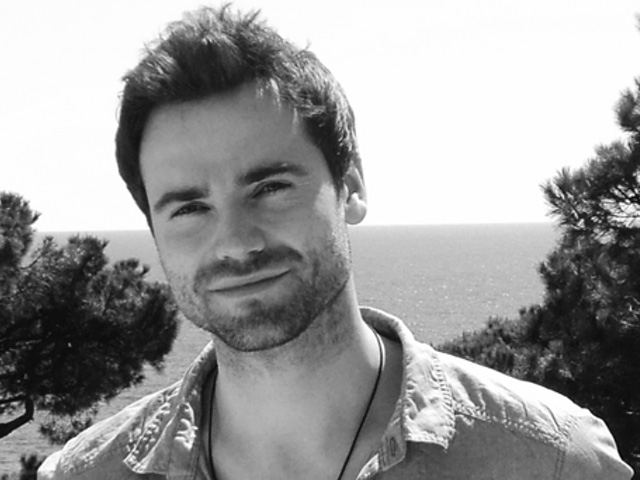 The Award Committee, composed of 7 editors of the IAWA Journal (Pieter Baas, Lloyd Donaldson, Frederic Lens, Imogen Poole, Uwe Schmitt, Elisabeth Wheeler, and Alex Wiedenhoeft) motivated their selection of this paper from 5 submissions as follows: “Scholz et al.’s paper concerns an elegant study on the ecological wood anatomy of two deciduous and one evergreen species from contrasting sites in Costa Rica. Functional wood anatomical traits are comprehensively documented and analysed for site, species, and phenology dependencies. Good use is made of statistics and the results are discussed in a meaningful way, with an emphasis on xylem plasticity and its significance for adaptive strategies in a changing climate. This emphasis on plasticity is quite original in wood anatomical studies, although the sampling in this study is too limited for a truly conclusive answer. It would have been nice to have this study expanded with physiological data, but the discussion includes good recommendations for future research reflecting that the authors are aware of the limitations of this particular study.”

The IAWA Award consists of USD 1000 (donated by Royal Brill Publishers) and a certificate. Runner-up for the award in second place was Haruna Aiso from Utsunomiya University, Japan, for her paper on Reaction wood anatomy in a vessel-less angiosperm Sarcandra glabra published in IAWA J. 35 (2): 116–126.